[UPDATE: Skyleigh TRANSFORM!! REDUX is now up. This is a newer version with improved animation, effects, and other areas of polish. ~14/11/2016]

I’ve made a short film as a final project while studying and practising 3D animation at Bournemouth University over the last year.

Motivating me to make this film were the ideas of taking the “transformation sequence” as a template and creating a hero  that a young non-white female viewer might feel excited about as a positive representation of “someone like me” on screen. Acknowledging that this was a very personal project, my initial aim was to keep the animation length to about 15 seconds, to counteract the risk I was taking on in tackling all the stages of end-to-end production myself.

Preparations made during pre-production included analysing a number of “magical girl” anime for common themes, visual motifs, and camera and editing styles. Based on this research, and with the design of the hero being refined, I made the following animatic:

During production it became clear that the final film would be more than twice the length of the animatic, especially when motion captured animation turned out to last tens of seconds for just one shot! I made many difficult decisions, including that to simplify the character design, so the final film doesn’t feature the skirt and accessories that were intended to emphasise the arcs and rotations of hero Skyleigh during the sequence. 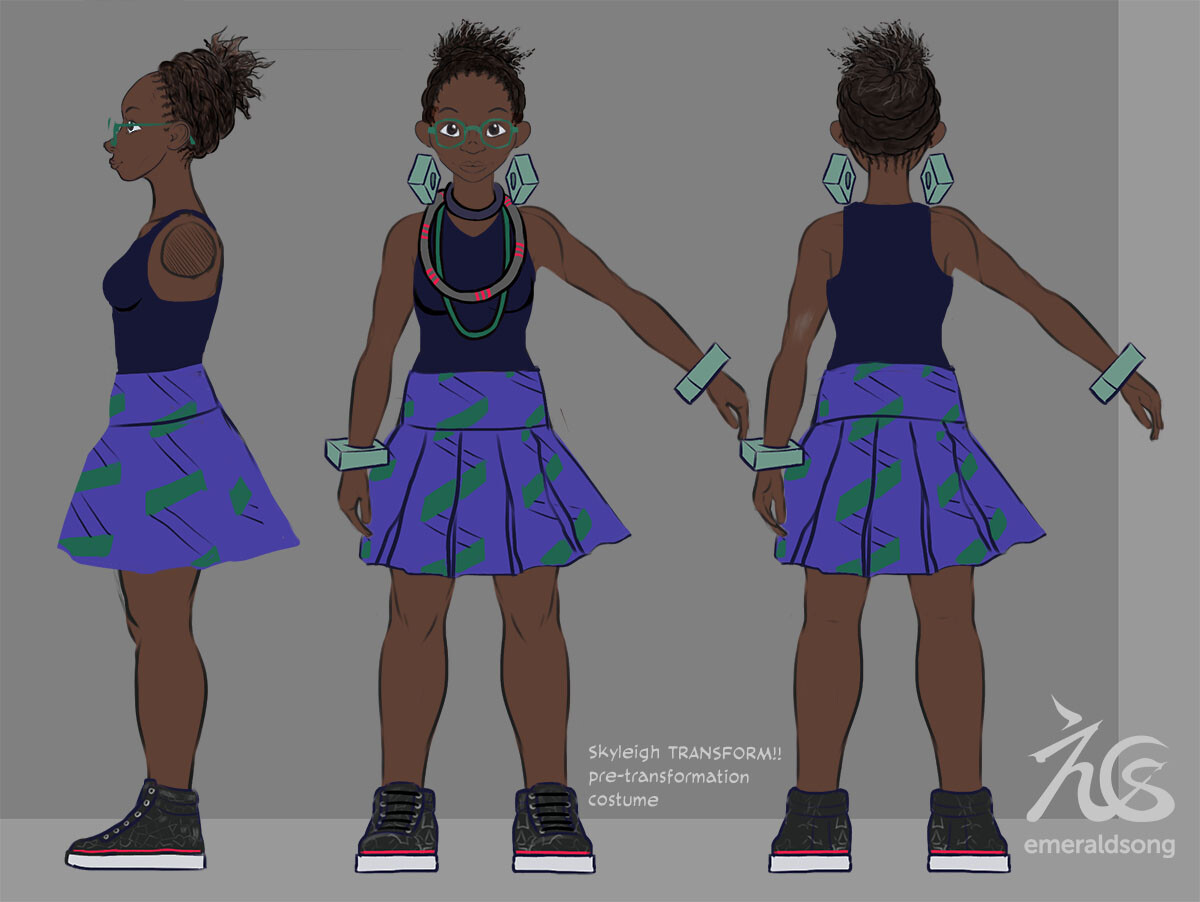 Perhaps what I’m most pleased with in the production is how the care taken with the ZBrush sculpt paid off, with animated Skyleigh looking like a compelling, living and breathing character. It’s deceptively difficult to get a cartoon human looking appealing rather than creepy, and I made a lot of effort to study the best 3D examples, gather valued feedback from tutors and classmates, and iterate on the design and model.

I hope this is just the beginning of making more interesting 3D projects, and exploring further what can be accomplished with the powerful software tools I’ve put to use.